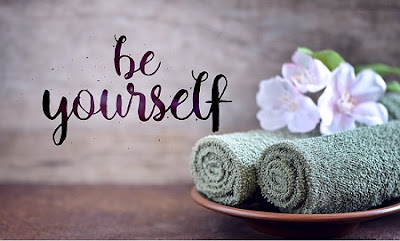 "My dreams become reality.
Your dreams become forgotten.
I guess that's why we're different,
I don't fit into the crowd.
Whereas you're part of the flock.” - Anthony T. Hincks


There are some life situations, when I say to myself: "You must react." As all we know, many of us become a silent observers, especially when we experience a growing demand take a part in something, we don't really want to be in.

Without any doubt, each generation of Homo sapiens used to face social changes, which impact almost everyone on many levels. Moreover, many people is confident, that these advances are positive. Usually it takes some time, even years and centuries, to evaluate with some estimations the real impact of each change. Some historians recognize, that social change comes when world needs the transformation and, simply speaking, ready to be challenged.

Maybe because I experienced living in two very different countries such as Soviet Union and USA, definitely, I have never belonged to a "positive" majority and simply convinced myself, that some innovations were brought by all sorts of revolutions and will die with revolutionaries, who somehow have faith in ideas, which are not necessarily the best ones. They just want all of us to grow into a part of their turbulent transformations, no matter how it will affect of our life modes. Simply, we have to be a devoted followers and, most important, live with and stand for their ideas. We don't have to know much, we don't have to discuss a lot, and we don't have to forecast the outcome, which in many cases is not that really good. Having all sorts of freedom, we're getting into indisputable situation. I know, you're already ready to tell, that historically I'm not the first or last person, who does not fall in love with some avant-garde pushed on us. Yes, I use, appreciate and accept good things, but there is no affection between us. I'm sure, most of you have already figured out, that I'm talking about one of unavoidable Internet creations such social media. 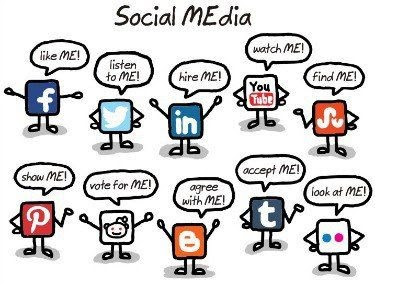 Internet changed a lot of things in good and bad ways. As for me, literally, everything started to have a retail value, and suddenly price tags appeared on family, friends, religion, morality, even marriage and personal development. In many cases, even our private life became exposed to strangers, who are always ready to give unwanted and, truly speaking, irresponsible, dreamlike advises. Here and there I see how familiar people started and continue use social media for their exclusively personal marketing branding themselves in many, not always proper, ways. They are opened and even aggressive in their sellout strategies. For some people social media became a meter and an addictive game to prove their human success and set up a bottomless judgment of others. It's became clear, that their self-confidence and self-esteem is just based on a digital opinion. Margaret Atwood once said: "Walking into the crowd, especially digital one (author's comment), was like sinking into a stew - you became an ingredient, you took on a certain flavor." Taking a certain flavor, most of them become very comfortable to hide their real faces. As for me, the dreams come true for these people. They found the right place to hide their real individuality. Their life became an endless set of calculations of digital "likes", "dislikes", "followers" and, it looks like, they have no doubt, a real life is inside of their "winning" strategy. Maybe they think, I don't.

A couple of weeks ago I have read an article (Russian version), which without any doubt will become one of the many rebellious actions started by real people. "No social media for one month" decided journalist and actually did it. Is she alone? She is not. 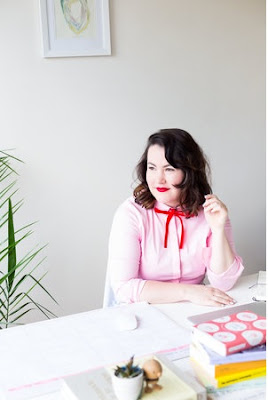 She decided to follow advice of Charlotte Eriksson: "Sometimes you need to sit lonely on the floor in a quiet room in order to hear your own voice and not let it drown in the noise of others." After spending 22 hours or more each week on social activities, she quietly started to network with herself. Moreover, "For one month, I declined all in-person activities with friends: going out for drinks; coffee catch-ups; dinners; parties and non-work related events, to see if it would make me more productive, improve my focus and career prospects, " - said Madeleine Dore. Exactly one month later, "while I found more time to work, I also noticed a change in my overall health and well-being." The real dreams came true to Madeleine. She started to feel a positive change, which came out not from array of, in many meanings, useless activities, but from the moment, when she stepped out of the crowd of average people. She entered the different kind of game, which used to change THE values. 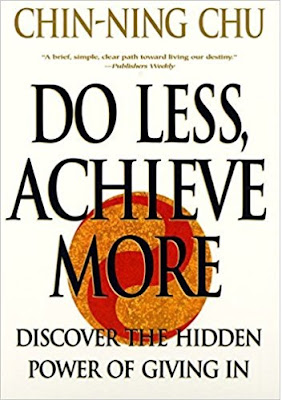 Many years ago I have read the book "Do Less, Achieve More: Discover the Hidden Powers Giving In" by Chin-Ning Chu. I confess, it was a first time management book in my life, from which I started to learn  "secrets of the rainmaker". Besides secrets, I realized, I have to be picky, better to say, choosy how I spend my time. For years I hear word "networking" from different people, but most of them forget, that networking is fruitless without personal value, which I can bring to a social scene. If many years ago having such attitude, I felt alone, today I sense myself as a part of a healthy group with better life standards. I'm not the biggest fan of rereading of some books, but now it's a time for second and, of course, more meaningful dip into "Do Less, Achieve More" book.

I wonder, what the creators of social media think about their babies. Did they expect such abnormal and monstrous effect on humanity? Did they want just piles of money? Did they want to become a social torpedoes? How can they explain the aftermath of their work? Answer I found in "Fortune" magazine, in which Sean Parker, the onetime founding president of Facebook and co-founder of Napster, said: "that Facebook CEO and co-founder Mark Zuckerberg (among other social media entrepreneurs) understood that they were launching a website that could be addicting, “and we did it anyway.” Everything was all about: ‘How do we consume as much of your time and conscious attention as possible?'” Only time? Definitely, Facebook is not non-profit organization. This monster monetizes of our time, loneliness and create a new form of crowd, which will change foundation of entire society. Usually it takes some time to create a crowd and start to manipulate. With modern social media, any size of crowd is always available in one place and absolutely is ready to be shaped by ???. We never know who is the next one in a head of crowd. We never know who might take an advantage to begin something good or bad. Finally, we cannot predict the results of such dominant social force. While sociologists, psychologists, marketers study the new, even sometimes, abnormal reality, we have to learn how to protect ourselves with quiet networking. Lastly, connecting with ourselves, we take some defined steps in a healthy future.

Posted by Alla Staroseletskaya at 7:51 AM No comments: